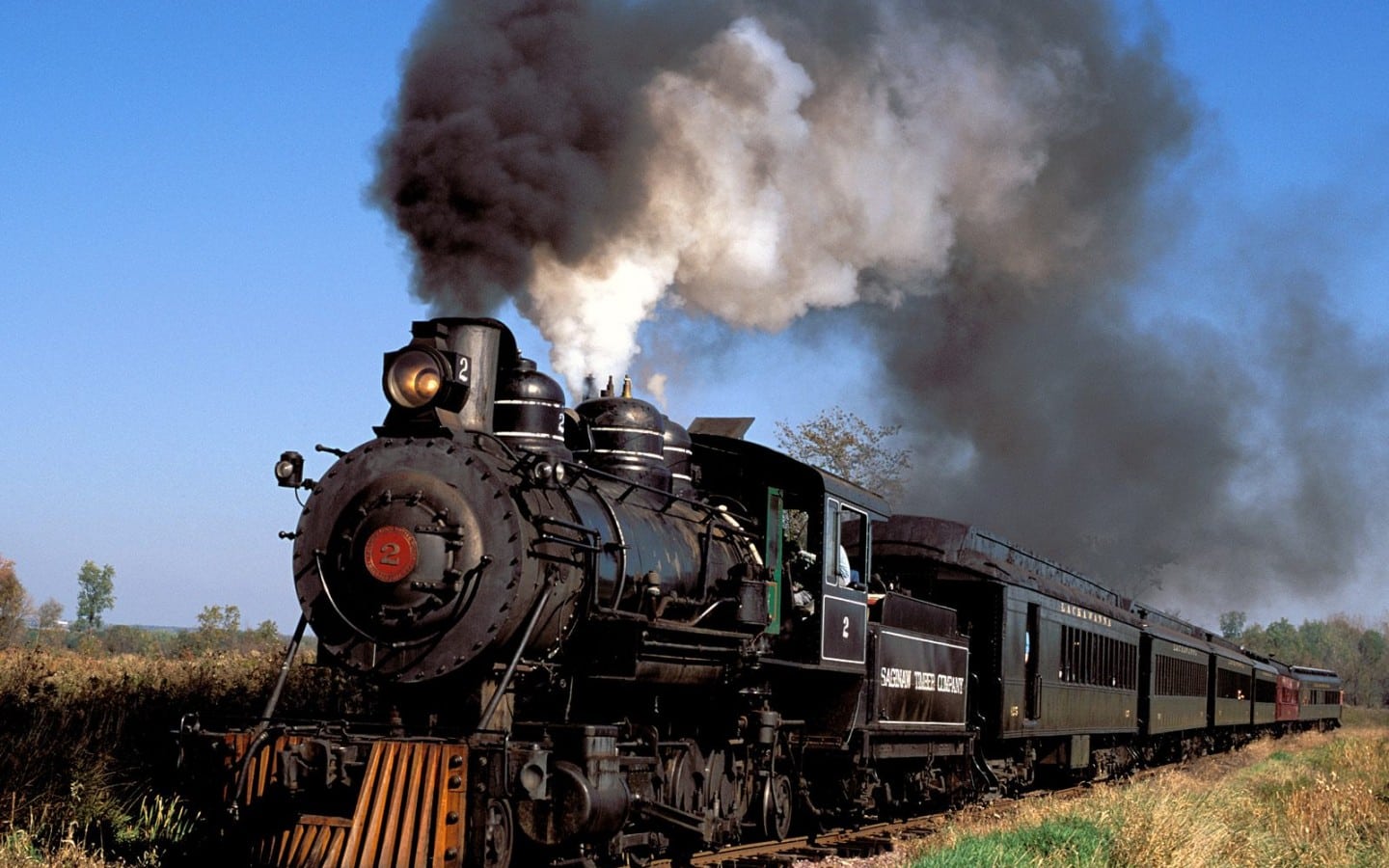 A Texas cowboy lay down on a barroom floor,
Having drunk so much he could drink no more;
So he fell asleep with a troubled brain
To dream that he rode on a hell-bound train.

The engine with murderous blood was damp
And was brilliantly lit with a brimstone lamp;
An imp, for fuel, was shoveling bones,
While the furnace rang with a thousand groans.

The boiler was filled with lager beer
And the devil himself was the engineer;
The passengers were a most motley crew-
Church member, atheist, Gentile, and Jew,

While the train rushed on at an awful pace-
The sulphurous fumes scorched their hands and face;
Wider and wider the country grew,
As faster and faster the engine flew.
Louder and louder the thunder crashed
And brighter and brighter the lightning flashed;
Hotter and hotter the air became
Till the clothes were burned from each quivering frame.

And out of the distance there arose a yell,
“Ha, ha,” said the devil, “we’re nearing hell”
Then oh, how the passengers all shrieked with pain
And begged the devil to stop the train.
But he capered about and danced for glee,
And laughed and joked at their misery.
“My faithful friends, you have done the work
And the devil never can a payday shirk.

“You’ve bullied the weak, you’ve robbed the poor,
The starving brother you’ve turned from the door;
You’ve laid up gold where the canker rust,
And have given free vent to your beastly lust.
“You’ve justice scorned, and corruption sown,
And trampled the laws of nature down.
You have drunk, rioted, cheated, plundered, and lied,
And mocked at God in your hell-born pride.

“You have paid full fare, so I’ll carry you through,
For it’s only right you should have your due.
Why, the laborer always expects his hire,
So I’ll land you safe in the lake of fire,

“Where your flesh will waste in the flames that roar,
And my imps torment you forevermore.”
Then the cowboy awoke with an anguished cry,
His clothes wet with sweat and his hair standing high.

Then he prayed as he never had prayed till that hour
To be saved from his sin and the demon’s power;
And his prayers and his vows were not in vain,
For he never rode the hell-bound train. 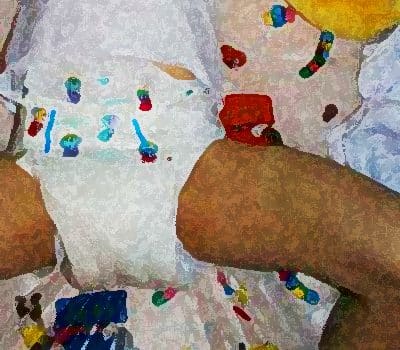 Sweet Diaper Change For The Baby