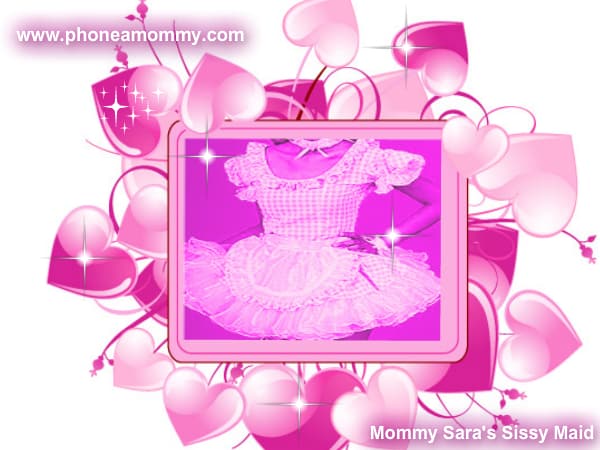 A little story as to why Jonathan was turned into a Sissy Maid.

Jonathan, my long time roomie had come home late again from work rambling on about yet another terrible day. He hasn’t really ever fit in there; I have harped on him over and over to find another job. He works with a group of very Dominant ladies and he; well Jonathan has always been a bit of a pansy. Apparently they had given him such a hard time for not fulfilling his quota again and he wet his pants right in front of them all claimed he was so humiliated that he waited for everyone to leave before he dared to walk out to his car.

I have warned him time and again that he cannot man up that I would have to take some drastic measures in order to help him. So I have decided today is the day to set my plan in motion.  When he awoke I had gathered some items that I purchased the day before and had them lied out. I had a bag of Pink Pampers Adult size of course, a pair of pink rhumba panties, a frilly matching Pink Dress, along with a satiny white pinafore.

He fought with me a bit stating he had to get to work that he would be late and did not want to participate in my making him into an Adult Baby Girl, but being the Sissy he is it didn’t take much for me to sway him into obliging me. And I reassured him that I had already spoke with his Boss Mizz Rebecca and that she knew he would be running late. Once I got him all dolled up I must say that Jonathan now Josephine was as pretty a sissy I could have ever imagined.

Now it was time to bring Jonathan to work, he looked as though he must have wet himself (thank goodness he was diapered) as he protested the thought of even walking out of the house in his new Sissy Maids Dress. I took some time to calm him, changed his adult diaper and feed him a soothing bottle while I explained to him that he had a new position at work and that I think he would be most pleased.  That Mizz Rebecca along with the other Dominant Ladies he works with Mizz Ava, Mizz Morgan and Mizz Maggy just to name a few were all looking forward to making life at work a little easier on him and that they were promising to keep him very busy and useful in his new position (as a Sissy Maid hehehe) would be perfect for him! He no longer had quotas to fill, he would be given a job that fit him, one he could truly excel in and that he wouldn’t ever have to worry about making such a mess in his pants now that he is in Adult Diapers. Josephine (as he would now be addressed as) drank from the bottle I fed her, feeling quit helpless she had began to have trouble thinking for herself she began to squirm a bit, felt a bit confused and vulnerable and looked up at me and batted her long lashes and replied “Yes, Mommy Sara, whatever you say”.