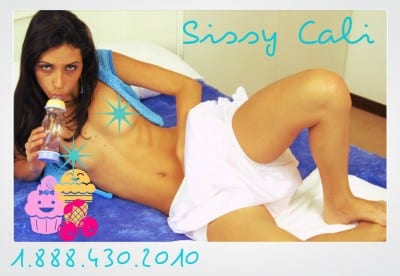 I love playing dress-up with my sissy friends!! Daddy always spoils me so I have the prettiest dresses and shoes and makeup! The other day my sissy friend Owen begged me to come over to play dress up. I told him that of course he could come over and that I had a whole bunch of new dresses that he could try on. Annnnd I had just gotten a brand new strap on that I wanted to play with. Ten inches long, nice and thick, and a pretty pink glittery color!

Owen came over and we went right up to my room and we opened the closet. Owen was so excited when he saw all my pretty girly dresses. He said it was too hard to pick one because there were too many and they were all too pretty. I flipped through them till I found the perfect one. Short and bright pink. I told Owen that it would fit him just right. Tight over his body and the ruffles underneath would make the dress stick out so his pretty panties would stick out. I gave him a pair of my white cotton panties with little flowers on them and helped him pull the dress on over his head. Owen twirled around in front of the mirror and giggled. “Want me to put some makeup on you?” I asked. Owen bounced up and down in excitement. After I put on my own pretty dress, sparkly silver with a bow around my waist, I sat Owen down and opened my makeup case. I brushed blush across his cheeks and sparkly eyeshadow over his lids. Made his eyelashes long and luscious with deep black mascara and smudged bright pink lipstick over his lips to match his dress. I finished him off with a sparkly lip gloss that made his lips shimmery and sexy! After I freshened up my makeup I let Owen kiss me so he could feel the way our lips slid against each other with the gloss!

Soon I was putting on my new strap on and bending little sissy Owen over, pulling his panties down to get him ready to take my big toy!

Wanna come play dress-up with me? I have sooo many cute and sexy dresses to try on, and lots and lots of toys to play with!! 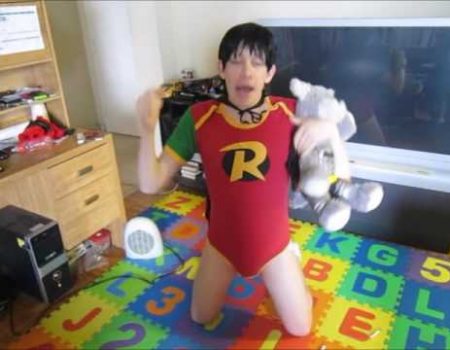 A Different Kind Of Punishment For Naughty Aby’s Part 1