Being Rude On The Phone 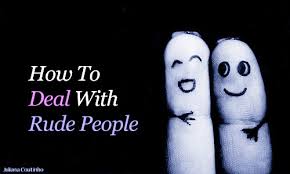 Yesterday I received a call from a person from a collection agency looking for someone who doesn’t even live here.  I politely told the person that the person they were looking for not only does not live here, but I have never even heard of them before.  The person basically called me a liar and demanded that I give them a cell phone number for the person.  I paused for a moment then decided that what they wanted was a confrontation so they could become nasty, so instead of being just as rude to them, I said, “Awww, someone is cranky and needs a nap.” To which they replied, “What?!” I went on to baby talk to them until they sounded a bit freaked out by it all and their voice broke a little bit.  I then politely told them that if they ever call back here again, be prepared to be spoken to the same way, then put in a diaper and sent to bed without dinner.  They immediately hung up and I laughed.  It was just too perfect.  Who knew being a Fetish Nanny could get rid of rude bill collectors.