Sissy in a Girdle 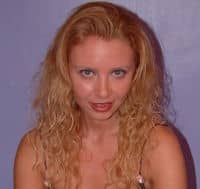 Another bad baby-boy got sent to me or found his way to me. I asked him just what he had done that he had been unfortunate enough to be sent to me. Then I laughed because his eyes filled with terror. This bad baby-boy told me that he had been stealing his sister’s dolls,diapers, toys, anything he could get his gruby lil paws on. He insisted that he was a aby boy, and only stole baby-girl stuff because he had a sister and if he had a aby brother it would have been his things. We’ll never know if that’s the truth but I do know he was quite sorry when I got done with him. I forced into the stolen diapers and then put him in the corner while I decided what else to do to him. The outcome is a little too wicked for phone a mommy’s blog but he did learn his lesson.

Creamy Pussy Play With Stepmom While Daddy Is Away